Keeping the Chathams safe from pests

Anyone can spot a wallaby, but are you aware of the many little nasties that our biosecurity team work tirelessly to catch before they get their hooks, claws, or teeny tiny little insect legs stuck into the Chatham Islands?

Given the relative isolation of the Chatham Islands, we have the benefit of limited means of access to our Islands, which makes monitoring these access points more manageable. On the other hand, if something does get in, it could be devastation for our ecosystem as a spread could affect everyone if not dealt with swiftly.

We have an active border control in New Zealand, performing checks and treatments of freight prior to shipping or air travel.

This can be challenging, especially with the likes of the sneaky nasties that actively try to hide, like the German wasp of the red-back spider.

We also have to be careful with any equipment that is second-hand. One sneaky bit of dirt with some seeds of Chilean needle grass on a wheel could send us reeling. 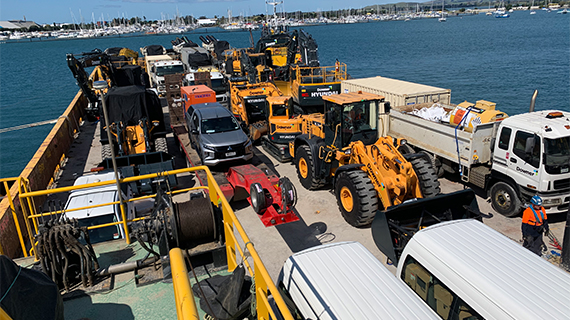 Equipment and barge destined for Chathams

With Pitt Island we have a 'border within a border'. Pitt Island is incredibly unique for many reasons. Not in the least is its 'Rat and Possum free' status. Considering Pitt Island has seen human activity and presence for centuries, having a rat free status is almost unheard of!

We also perform regular surveys and surveillance on the Island. Given the importance of our marine environments to our economy, keeping a close eye on what’s going on under water is just as important. 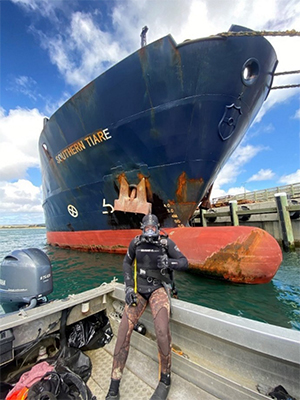 We carry out twice annual dive surveys at the four main ports, checking that no pest species (did you know there are a bunch of crab pests that are high on the unwanted list?) are sneaking in. 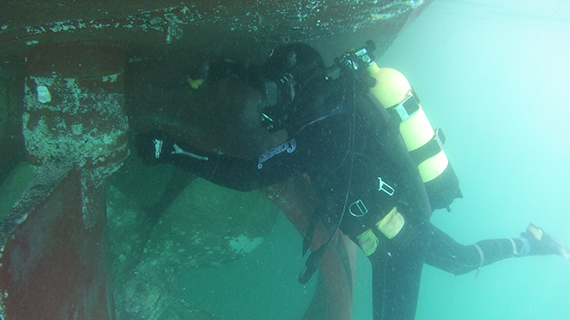 There are some pests that exist on the Islands where total eradication is possible. This includes Canada Geese and broom and a few others. Work goes in to controlling these pests, aiming for complete eradication

There are other pests that we won’t be able to eradicate, so work is focussed on containment, so the pest doesn’t spread. You’ll be well aware that gorse is the number one culprit on this front. 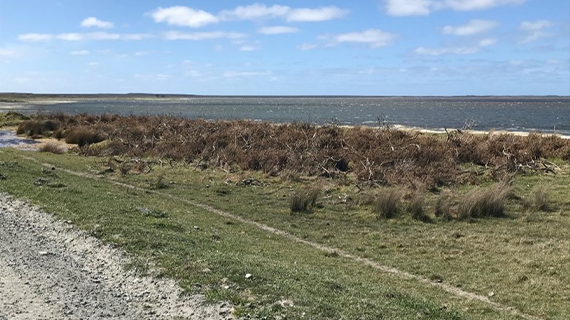 We currently work with landowners to contract in a helicopter service to keep it in check, but we are exploring alternative methods. One option we’re exploring is gorse mulching, which though not cheap, would make land instantly useable, which is an attractive benefit.

Keri Moir and Robin Seymour are the Chatham Islands resident Biosecurity Officers. They are staff employed through the Council’s contract with Environment Canterbury, and supported by Steve Palmer. A number of other contractors also help with various parts of the whole Chatham Islands Biosecurity work.

Is there anything I can do to help?

There sure is! Familiarise yourself with the threatening pests, those sneaky ones that could slip through the gaps. In particular, the likes of the plague skinks, Argentine ants, German wasps and red-backed spiders.

If you spot it and report it fast, it will give us a better chance of dealing with it quickly just like the success of last year’s battle of the German wasp invasion. That’s another story, but it was impressive enough to have an article on Stuff(external link)! 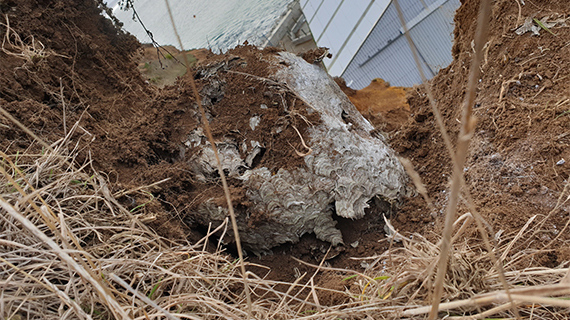