We protect historic areas and wahi tapu on the Islands by ensuring compliances with the Historic Places Act 1993.

In the north-west of the island, you can visit a stone cottage built in the 1800s by German missionaries at Maunganui, next to a volcanic peak of the same name.

There are also a large number of recorded archaeological sites along the Chathams’ coastline consisting of middens and occupation sites.

Places may be included on the NZHPT Register if they have aesthetic, archaeological, architectural, cultural, historic, scientific, social, spiritual, technological or traditional values.

The cottage was built in 1866–1868 for the Moravian missionaries who arrived in the Chatham Islands in 1843. These German missionaries made no converts, but had a significant input into the history and lifestyle of the Chathams, introducing large-scale horticulture, sheep farming, ship building and literacy. The cottage is built largely of local stone and wood, which reflects the missionaries’ attitudes. They were committed to the idea of being self reliant in their own lives, and as an example to others, and hence used only local materials. 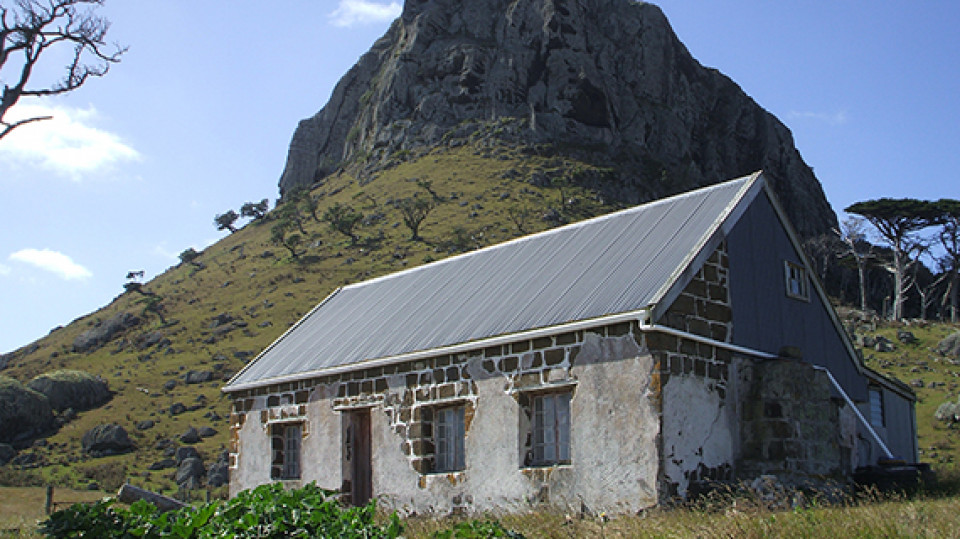 Nairn House is the most notable and historic building surviving in Waitangi. It was built for Walter Hood who became a prominent farmer and trader. The house was built by William Baucke, who was a builder and craftsman on the Chatham Islands. For many years Nairn House, as the grandest house on the island, was used for accommodation for visitors. Solomon Homestead Owenga Road, Manukau Point, Register number 5395, Category 1 This building was the home of the last full-blooded Moriori Tommy Solomon, who died in 1933. Construction of the house was begun by Tommy’s father, Rangitapua Horomona Pehe, around 1903. The house was extended and completed by Tommy and his second wife, around 1916, when they moved into the house after the death of Tommy’s father in 1915. Tommy Solomon died in the house, and his tangi was held there. The homestead was the major focus and gathering-place for the Moriori people from 1903 to 1933. As told by Rana Solomon: “Although the homestead no longer stands, the site itself is a registered historical land site.”

Built shortly after 1870, this is a fine example of a late 19th century house, which has grown over time. It is one of the oldest houses surviving on the Chatham Islands. Its original owner, D H Meikle, was an American whaler, and later a smuggler. It also has associations with J E Engst and Walter Hood, both of whom lived in the house with the Meikles in their old age.

This historic place was built c1860 and is believed to be the oldest surviving building on the Chatham Islands. Its construction is an important example of an early pioneering cottage.

In 1866 the New Zealand Government decided to use the Chatham Islands as a penal colony. The second resident magistrate, William Thomas, returned from the mainland in March 1866 with 43 Hauhau prisoners, some accompanied by wives and children, and a guard of 26 men. These prisoners had been fighting government troops on New Zealand’s east coast. The group included Te Kooti, the spiritual leader who later founded the Ringatu faith. In 1868 the government withdrew most of the guard, needing them on the mainland. In July 1868, Te Kooti led an escape by the Hauhau prisoners who returned to New Zealand. In their time on the Chathams the prisoners were put to work on different building jobs on the island. Among these was the Ponga Whare, built for the station owner Edward Chudleigh in 1867.

This cottage was built in the late 1860s by William Gordon Jacobs for Frederick Hunt, who wanted it for on-shore accommodation for the crews of visiting whaling ships. However, it did not have a long history of use for this purpose.

Built in 1870, this is one of the earliest woolsheds on the Chatham Islands. Its builders were F Cox and Alexander Shand, two of the Chathams’ best-known 19th century European residents. In its setting it has landscape significance, located on wide flat paddocks, and being visible from Waitangi. One of the unusual features of this shed is the ponga logs used in its construction.

This Anglican church was built in 1885 at the behest of some of the island’s best known 19th century families, especially the Chudleigh and Raynor families, who were major station owners. Chudleigh was the islands’ first JP, and he raised money in England for the church. The interior has fine kauri panelling and lining. 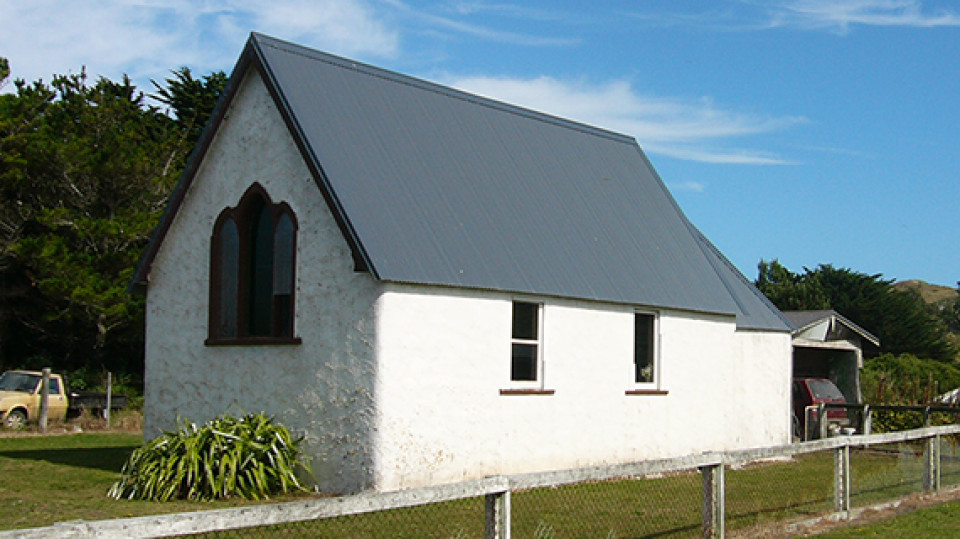