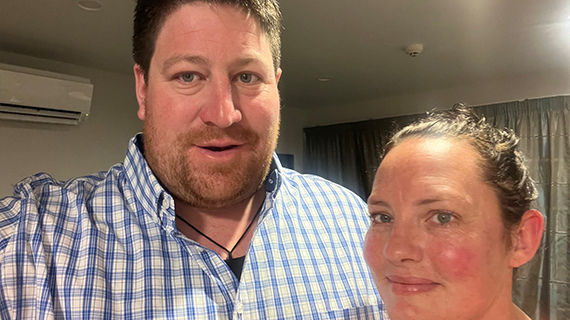 Councillor Jason Seymour has chosen not to seek re-election and will be taking a step back from public life come 8 October.

Jase has served two terms on Council - a total of six years. He is also a member of the Council's Performance, Audit & Risk Portfolio Committee.

One of Jase's most memorable moments on Council was a trip to Dunedin for the Zone 5 and 6 meeting with Cr Nigel Ryan. Apparently, if you know Nigel, you will understand why Jase thinks this is so memorable!

Alongside this memorable moment, Jase is most proud of getting a bylaw in place for the beach. He says the role of a Councillor involves more reading than most would think and he wants people to know that Councillors and the Council staff are really approachable. "If you have any issues, go there directly."

Jase has moved into a role with Environment Canterbury where he will be one of the Island's biosecurity officers. He now hopes to spend more time with his family.

Thanks for all the great work Jase, and all the best for the future!